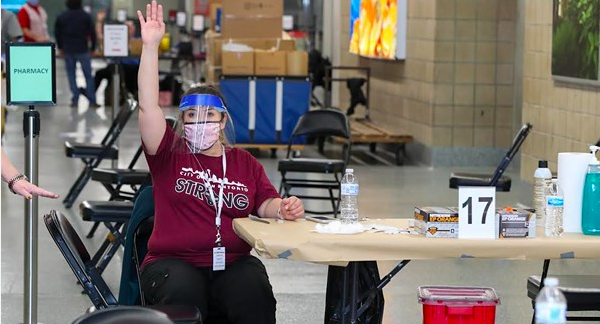 After an outcry from residents frustrated with the mad scramble required to sign up for COVID-19 vaccinations, city council on Wednesday approved a vaccine registry that will initially be available to those 65 and older.

The move comes four months into the vaccine rollout, and it will be another three to four weeks before it's up and running, according to Metro Health officials. As community frustration built, critics have pointed out that San Antonio is rarity among major Texas cities in not having a registry that allows residents to be added to a centralized waiting list.

Council's vote comes days after Texas made every resident 16 and older eligible to receive a vaccine. The state also launched a statewide online scheduling system earlier this week.

“We have heard for months from residents that signing up for a vaccine feels like a lottery system that only those with fast internet and flexible schedules can win," Councilwoman Ana Sandoval said in an emailed statement. "The State’s decision to expand vaccine eligibility last week drives the urgency to find a better approach.”

Sandoval, along with council members John Courage and Rebecca Viagran called for the vote. It passed with unanimous support from all members present.