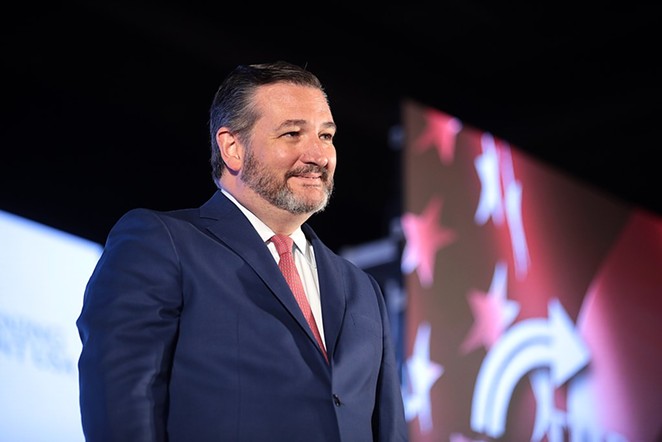 Amid U.S. Sen. Ted Cruz's unending flood of bluster and bullshit — from mocking VP Kamala Harris for going to a bakery to hurling empty threats at Major League Baseball — it might have been easy to overlook real news that broke this week about Texas' junior senator.

Namely that a watchdog group filed a pair of ethics complaints accusing the GOP lawmaker of using campaign money to promote a book he released last fall. Politicos are barred from using campaign cash for personal gain.

In complaints filed with both the Federal Election Commission and the Senate Ethics Committee, the Campaign Legal Center (CLC) said Cruz spent up to $18,000 in campaign committee money on Facebook ads on his book One Vote Away: How a Single Supreme Court Seat Can Change History.

Cruz personally racked up a $400,000 publishing advance for the tome, the CLC alleges. What's more, he stands to gain a 15% royalty for every hardcover sold.

As the New York Times noted, violations of campaign finance rules seldom result in big penalties for elected officials. More often, they face PR black eye and are forced to pay back the cash. Even so, the complaint is one more woe for Cruz, who's been doing the backstroke through a septic tank full of bad publicity lately.

In addition to his role in egging on the deadly January 6 Capitol insurrection, Cruz has faced public scorn and ridicule for taking a family trip to Cancun while February's winter storm crippled his home state and killed some 200 of his constituents.