As Texas Lege hears anti-trans bills, NCAA says it will withhold events from states that discriminate 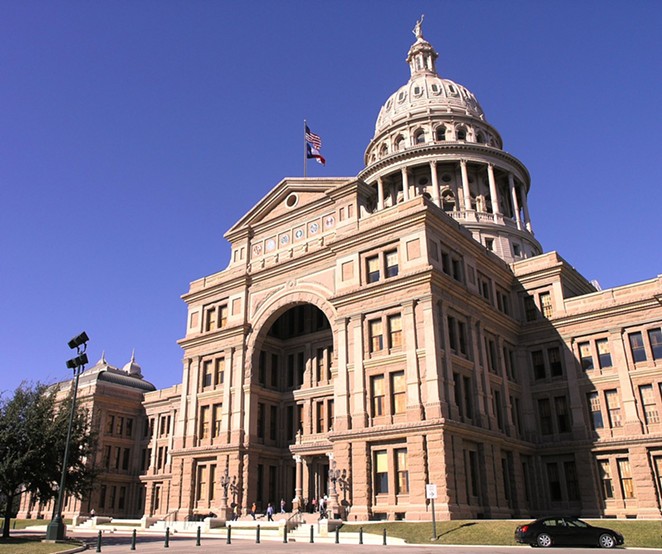 In an apparent warning to Texas and other states considering anti-transgender legislation, the NCAA said it will only stage events in places where transgender student-athletes won't face discrimination.

"The NCAA Board of Governors firmly and unequivocally supports the opportunity for transgender student-athletes to compete in college sports," the college sports league said in a statement posted by its board of governors. "This commitment is grounded in our values of inclusion and fair competition."

This session, Texas' GOP lawmakers have filed a half dozen bills that would prohibit transgender students from playing on sports teams that don't align with their biological sex.

One of those sports-centered measures recently advanced out of a Texas Senate committee for a vote in the full chamber, the Texas Tribune Reports. That proposal wouldn't apply to college-level athletes, but it would affect the league that oversees K-12 sports in the state.

Republican lawmakers are pushing for similar bans in more than 30 statehouses around the country, according to a tally by the ACLU. The push echoes the controversial "bathroom bills" pursued in Texas and other states to keep transgender people from using public facilities.

"When determining where championships are held, NCAA policy directs that only locations where hosts can commit to providing an environment that is safe, healthy and free of discrimination should be selected," according to the NCAA's statement.

The NCAA held its most recent women’s basketball tournament in San Antonio and other Texas locations. Organizers of the event estimated it would bring tens of millions into the local economy. The organization also plans to bring portions of its men’s March Madness tournament to San Antonio and Fort Worth in 2022.