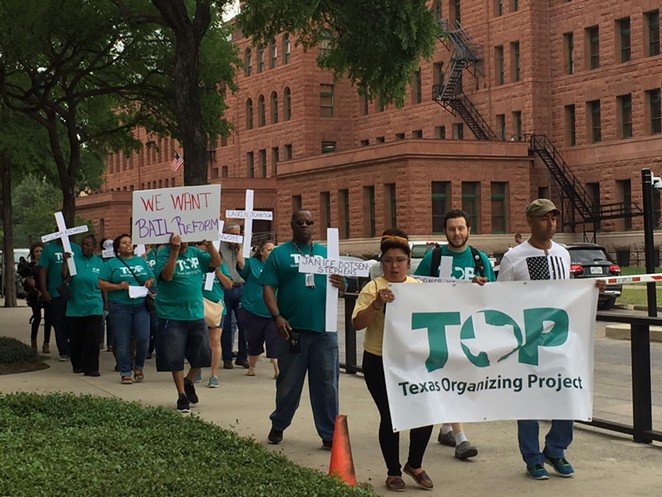 The Texas Senate on Wednesday voted to approve a widely criticized bill intended to keep more people accused or previously convicted of violent crimes behind bars before trial if they can't pay bond.

Authored by Sen. Joan Huffman, R-Houston, Senate Bill 21 was approved on a 23-8 vote and now goes to debate in the Texas House. Gov. Greg Abbott has made its passage one of his legislative priorities for the session.

However, jail reform advocates and Democratic leaders have blasted the measure, saying it worsens the state's already unfair system of keeping poor people in jail for prolonged periods when they can't afford cash bail.

In a letter last month, Bexar County Judge Nelson Wolff asked Huffman to revise the bill, warning that it would lead to jail overcrowding and have an unfair impact on people with mental health and addiction issues.

"Jails should be used to incarcerate people who are a threat to the public," Wolff wrote. "They should not be a place for the homeless or people who have a mental illness or addiction to drugs simply because they cannot afford cash bail."

Civil-rights groups have repeatedly argued that unfair bail systems can lead to suicides by poor and homeless people stuck in incarceration.

“Requiring more Texans to pay to stay out of jail before trial is unfair, unsafe, and wastes tax dollars,” ACLU policy strategist Nick Hudson said after the vote, according to the Texas Tribune. “This bill doubles down on our broken money bail system and further criminalizes poverty.”