House committee advances anti-abortion bills, including ones aimed at outlawing the procedure in Texas 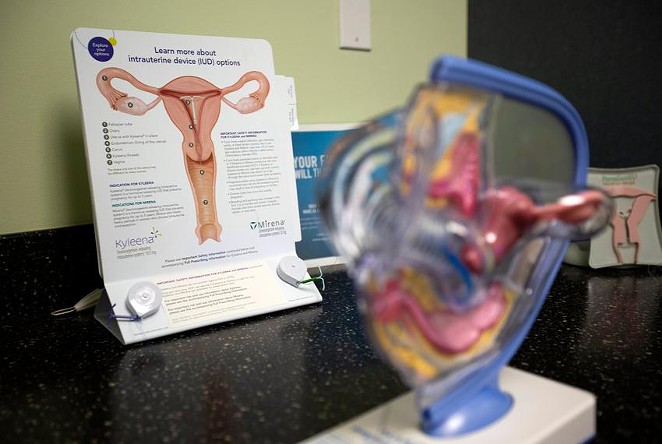 House lawmakers on Thursday advanced a package of restrictive abortion billsthat, if passed, could ban abortions as early as six weeks without exceptions for rape or incest, and eventually bar the procedure almost entirely.

Abortion rights advocates and experts say the legislation includes some of the most extreme provisions nationwide, and seems designed to challenge the landmark Roe v. Wade decision that established a legal right to an abortion.

The bills — approved by a House committee after a hearing last week — include proposals to ban some later-term abortions allowed now in the case of severe fetal abnormalities. Others would amount to a “complete ban” on abortions in 2025 or if the Supreme Court overturned Roe v. Wade. And legal language packed into House Bill 1515 could open the door for abortion providers — or anyone who “aids or abets” someone getting an abortion in violation of state laws — to be hit with an onslaught of harassing lawsuits, critics and experts say.

Unlike most committee hearings, video of the votes was not viewable online, but the actions were confirmed with the office of the committee's chair.

The bills now head to the full House for debate. Versions already passed by the Senate are also pending. Each measure will need to be approved by both chambers before becoming law.

While similar measures sailed through the Senate, provisions — especially those in HB 1515, a “heartbeat bill” — drew incredulity from Democratic lawmakers in the House committee. The legislation could ban abortions at six weeks, before many women know they are pregnant; most abortions are currently prohibited in Texas after 20 weeks.

Abortion restrictions are typically enforced by state actors, so abortion providers can sue them to block the law from going into effect. HB 1515 is completely enforced through private people filing lawsuits, which proponents of the legislation say will make the bill tougher to block in court. The bill also asserts that Texas never repealed its pre-Roe v. Wade statutes that barred nearly all abortions, and one witness said they were "on the books" and enforceable.

“Perhaps we'll find out from the new makeup of the Supreme Court soon,” responded Chelsey Youman, with the Human Coalition, who testified in favor of the bill. The organization is a contractor with the state’s pro-childbirth Alternatives to Abortion program.

“Probably we will but you can’t just do a backflip with the law,” Coleman said. “You're saying that it's actionable when the Supreme Court says it's not.”

The hearing drew anguished remarks over the course of 10 hours last week and a showing from abortion rights advocates who had been largely absent from Senate committee testimony in March, in part citing safety concerns related to the pandemic.

Some of those who testified exhorted lawmakers to ignore the Supreme Court and abolish abortions entirely, or to penalize women who receive them. Others said the provisions were inhumane or intruded on private medical decisions.

In one of the first clashes during the committee debate, state Rep. Erin Zwiener, D-Driftwood, asked why one bill — that would ban nearly all abortions if Roe v. Wade was overruled — didn’t seem to make an exception for women whose lives were in danger.

“I'm happy to work with people who are experts in this and find out exactly the right way to do it,” said state Rep. Giovanni Capriglione. But “if you go down this route of, ‘oh well I just want this one exception or I want this other exception,’ for people like me, who believe that life is the most important thing, I’m happy to stand on that.”

He was later corrected: The legislation does have an exception for physical risk to the woman, but not for rape, incest, severe fetal abnormalities or risks of self-harm or suicide. It would impose a minimum $100,000 fine on doctors for each violation.

Another proposal, authored by state Rep. Matt Schaefer, R-Tyler, would bar later-term abortions currently allowed after 20 weeks in the case of severe fetal abnormalities. Experts and advocates have said it could force women to carry ill-fated or unviable pregnancies to term.

Doctors would need to provide women in similar situations with information about perinatal palliative care — or support services to reduce the suffering of the woman, “her preborn child, and her family, from diagnosis of [a] preborn child ’s life-threatening disability through the delivery and possible death of the child,” according to a draft of the bill.

University of Texas at Austin law professor Elizabeth Sepper said in an interview that the legislation would require “women who are going to have a baby probably born dead, probably unable to survive for any period of time, to carry that pregnancy to term.”

Schaefer said there can be cases where a diagnosis is incorrect and that he’d spoken to medical providers who told him abortions were more traumatic to women than a “natural death” in this context.

“If the baby is sick, or there's a diagnosis that they think the baby is sick due to a genetic disorder” or another abnormality, that “doesn't give the doctor the right to kill the baby, just as if the person was alive on the outside of the womb,” Schaefer said.

One woman who testified said she had an abortion at 14 weeks after learning her baby had a “condition that is not compatible with life”; organs had formed outside her abdomen, and her heart had only one ventricle, the woman said.

“I grieve this diagnosis every day,” she said. But “this meant that two weeks ago, on what would have been my due date, I did not have to go through the agony of meeting our sweet baby girl, and immediately having to say goodbye. I cannot imagine why any person would knowingly force the birth of a baby who would only know pain. … As a parent, it is my worst nightmare.”

Another woman who spoke at the hearing in support of the bill said she had been pregnant with twins and learned she lost one and that the other had severe abnormalities. But the “severity of his symptoms did not coincide with the diagnosis of the images,” and she is “grateful that I chose to choose life and the natural death because the diagnosis did not match.”

Another bill — an omnibus abortion package — would outlaw nearly all abortions in 2025 if not sooner. It would also bar people from getting abortions at around 18 weeks instead of 20 weeks, effective later in 2021.

A sixth proposal considered would require someone seeking an abortion to show they had been advised of existing social services and other assistance programs by an outside contractor. Abortion rights advocates say it would throw an unnecessary hurdle in the way of someone seeking an abortion, who must also receive state-mandated information from the abortion provider and get a sonogram at least 24 hours before the procedure.

State Rep. Jeff Leach, R-Plano, said the legislation is not about “creating more bureaucracy. It's providing more love for the women of Texas.”

When Zwiener asked if he trusted women to find information to make informed decisions — and to use an internet search engine — he said he did “wholeheartedly.”

“They need information that right now they're not getting, Representative Zwiener. They do. They need at least to be given the option to get that information because the decision to get an abortion is permanent,” he said.

A version of the legislation is estimated to cost $7 million a year.

Disclosure: The University of Texas at Austin has been a financial supporter of The Texas Tribune, a nonprofit, nonpartisan news organization that is funded in part by donations from members, foundations and corporate sponsors. Financial supporters play no role in the Tribune's journalism. Find a complete list of them here.