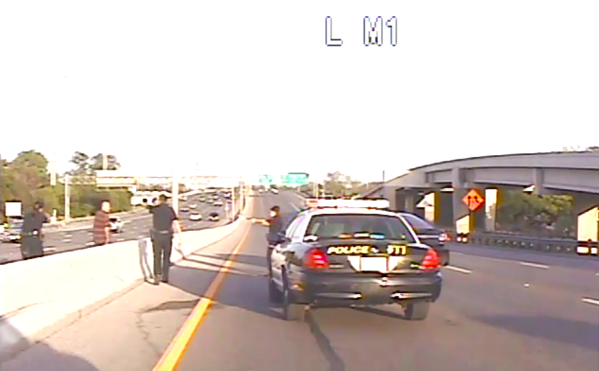 A federal appeals court last week overturned the portion of an earlier ruling that gave San Antonio police officers qualified immunity in the death of a local man who died during a 2013 arrest, the Express-News reports.

The suspect, 38-year-old Jesse Aguirre, died in police custody on U.S. Highway 90 after fleeing a one-vehicle wreck. Aguirre, who was unarmed, was in an excited delirium after a fight with a girlfriend, according to police records.

Aguirre died as a trio of SAPD officers put their weight on him for five and a half minutes, according to documents. Three more minutes passed before the officers rendered medical aid.

In a divided opinion, the 5th U.S. Circuit Court of Appeals in New Orleans ruled that the officers shouldn't receive qualified immunity and that a jury should be able to rule on whether police used excessive force during the arrest, the daily reports.

The ruling was in response to a 2015 lawsuit filed by Blanca Aguirre, the suspect's estranged wife, against eight SAPD officers and the city of San Antonio. San Antonio Senior U.S. District Judge David Ezra ultimately ruled in favor of the police and the city.

While a medical examiner determined that Aguirre had drugs in his system at the time of the arrest, the examiner ruled that he died from “positional asphyxiation” and “excited delirium” brought on by his restraint, the Express-News reports. Indeed, the report classified his cause of death as “homicide,” according to the daily.

The ruling comes as the U.S. faces a reckoning on police use of force, especially against people of color, prompted in part by death of George Floyd, a Black suspect who died after a Minneapolis police cop knelt on his neck for nearly nine and half minutes. That officer, Derek Chauvin, was convicted of murder less than a week ago.

San Antonio groups calling for police reform, including those advocating for Proposition B, which would limit the local union's bargaining power, have  cited Aguirre's case as an example of SAPD officers' use of excessive force.

The case will go back to Ezra's courtroom, where he will preside over a trial on Blanca Aguirre's claim that officers used excessive force, according to the Express-News.

In an emailed statement, San Antonio City Attorney Andy Segovia said the appeals court ruling was procedural and not a decision on the merits of the case. He said the city will defend the officers' actions the forthcoming jury trial.

"The court did uphold that one of the five officers did not use excessive force and that the city had not violated Mr. Aguirre's Fourth Amendment rights," he added.