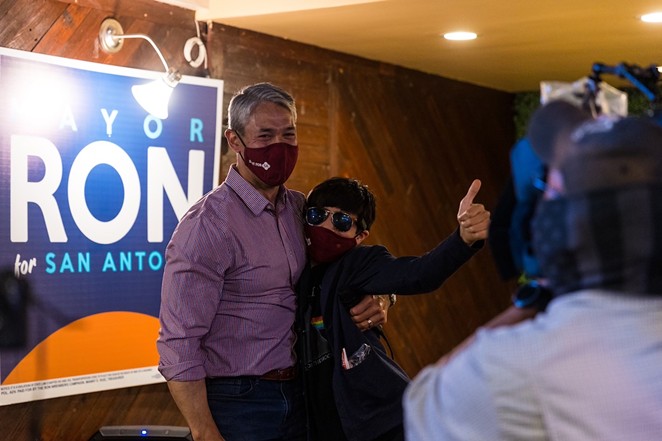 Things were drastically different this election cycle due to the pandemic, which limited door-to-door campaigning and gave Nirenberg a near-constant media presence. The mayor appeared to be a steady hand on the tiller during the crisis, racking up solid approval numbers as he headed into the election.

"As much as we all can bemoan the pandemic's damage to the world, the nation and San Antonio, it seems to have done well politically for the mayor," said Joe Gershtenson, a political science professor at St. Mary's University.

This time around, Brockhouse also campaigned without the financial support of the police and fire unions, which filled his coffers in 2019 and substantially added to his door-knocking power.

Also damaging to Brockhouse, Nirenberg declined to engage in a head-to-head debate, making it hard for the cash-strapped challenger to get his message out.

As in 2019, Brockhouse ran a populist campaign, arguing that he was better prepared to generate economic opportunity for the city. He criticized Nirenberg for being too slow to reopen the local economy during the pandemic.

"Ron was smart to say, 'I'm not giving you a platform,'" said Juan Sepúlveda, a political science professor at Trinity University. "That was his strategy in not being willing to debate."