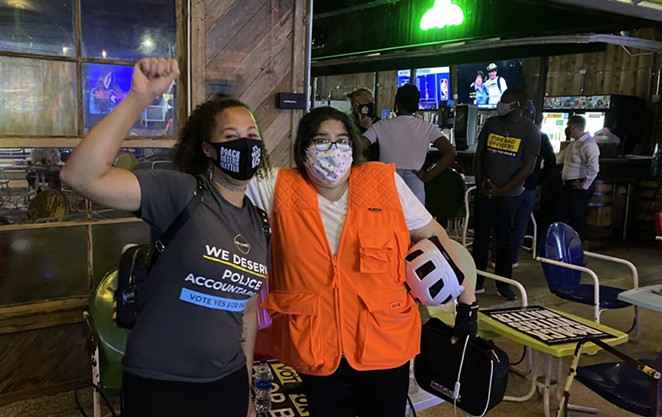 In Saturday's citywide election, San Antonians narrowly rejected a proposition that would have stripped the city's police union of its collective bargaining power.

The defeated ballot initiative arose from a petition drive by police-accountability group Fix SAPD amid nationwide protests over the death of George Floyd. Supporters argued that the union has protected a skewed arbitration process that lets officers fired for bad behavior return to their jobs.

While Prop B didn't fly, the near miss shows that roughly half of the city's population has significant concerns about police abuse of power, said Joe Gershtenson, a St. Mary's University political science professor.

"If nothing else, it's absolutely a warning shot across the bow of the police and the city that they need to do something to address these issues," Gershtenson said. "They would ignore that at their own risk."

San Antonio Police Officers Association said the vote shows that it enjoys support as it hunkers down for another round of talks on a new city contract. The current labor pact expires September 30.

“First and foremost, it’s a victory for the citizens of San Antonio,” union President Danny Diaz told the Express-News. “It was hard fought. This citizens have spoken. Now it’s time to get back to work.”

Still, the mood at Fix SAPD's Saturday night watch party was buoyant, even when it was clear the numbers might not break in the group's favor.
"It shows that people are ready for change," Fix SAPD Deputy Director Ananda Tomas said. "They're upset with the system, and they don't think it's working for them."

Michelle Tremillo, executive director of Texas Organizing Project, one of the organizations that worked for Prop B's passage, said the petition drive and subsequent get-out-the-vote effort show that residents don't need to wait for politicians to take action on important issues.

"The brilliance of this strategy is that it's something we as a community could do ourselves," Tremillo said. "We don't need to rely on local elected officials to be brave and stand up to the bullies. This campaign put power back into the hands of our community."