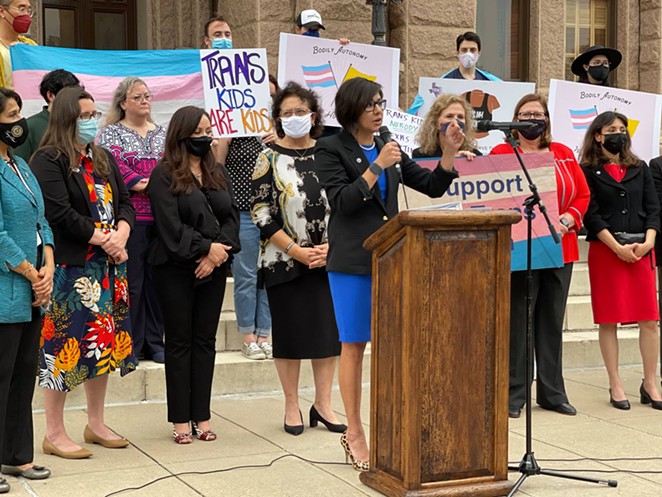 A bill that would ban transgender students from playing on school sports teams that match their gender identity died in a Texas House committee Tuesday.

The House Public Education Committee took up Senate Bill 29, but it fell one vote short of being to be moved to debate in the main chamber. The panel is comprised of seven Republicans and six Democrats.

“We thank the members of the House Public Education Committee for their votes today against SB29,” Texas American Federation of Teachers Zeph Capo said, according to the Texas Tribune. “We did the right thing today for all the children of Texas by standing up for trans kids.”

While supporters of SB29 could attempt last-minute legislative maneuvers to revive it, time is running out since the current legislative session concludes May 31.

A version of a Senate bill that would make it illegal to provide gender confirming health care for children passed out of a House committee last week but has yet to be scheduled for a floor debate, the Texas Tribune reports.