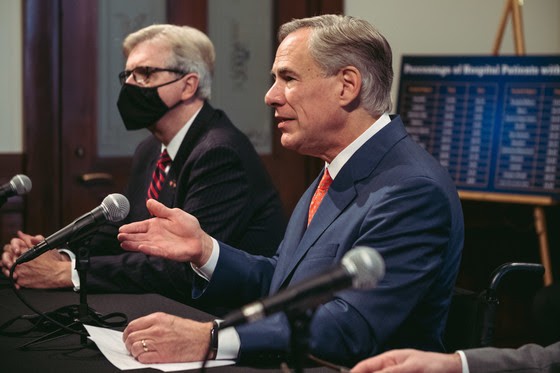 Did anyone not see this coming?

Gov. Greg Abbott on Monday joined the 20 other GOP governors that have so far halted the $300 in weekly payments the federal government makes to unemployed people during the pandemic.

In statement, Abbott said he'll stop the payments June 26. That means the aid will end roughly two months earlier than the congressional emergency order authorizing them is set to expire.

Abbott also will end access to Pandemic Unemployment Assistance, a program aiding jobless gig workers, self-employed people and those unable to obtain unemployment insurance, according to the Texas Tribune.

The governor's move comes under pressure from business groups, which have complained of labor shortages as they try to reopen from the prolonged COVID crisis. Almost a million Texans were unemployed as of March.

“The Texas economy is booming and employers are hiring in communities throughout the state,” Abbott said his announcement.

But critics charge that many unemployed Texans are struggling to find child care or retraining to find more stable lines of work. Some industries, they add, have been so hard hit by the pandemic they may not fully recover.

While other states have offered bonuses for those who find jobs and leave public assistance, the Dallas Morning News reports, Abbott's announcement mentioned no such leg up for Texas workers.

“We can’t even imagine the thinking behind Gov. Abbott’s callous decision to strip the remaining federal Unemployment Insurance benefits out of the pockets of Texas working families,” Texas AFL-CIO President Rick Levy said in a statement. “If he took the time or had any interest in understanding the challenges working people face, Gov. Abbott would see clearly that folks across Texas desperately need these funds as they try to navigate their way through the economic carnage of the pandemic.”

"He's now blocking a $300 weekly payment to unemployed Texans who are struggling to pay rent and buy groceries — even though it costs our state nothing," he added. "Unbelievable."