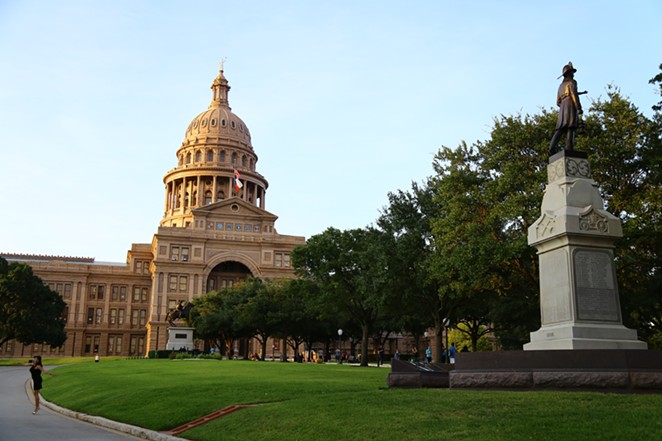 By any reasonable measure, the Texas Legislature had big issues to tackle this session.

There was the crippling February snowstorm that left millions without power, exposing the instability of the state’s electrical grid. There was the prospect of a Medicaid expansion that would have helped the one in five Texans with no medical insurance. And then there was the expansive George Floyd Bill that could have reined in police use of excessive force amid a nationwide reckoning on racial justice.

But with less than two weeks left in the session, the Texas House and Senate have yet to pass promised legislation to stabilize the grid and weatherize power plants. They put off dealing with the Medicaid expansion. And we can probably write off that package of police reforms offered up by Black lawmakers.

Instead, the Republican-controlled Lege, goaded on by Gov. Greg Abbott, embraced a hard-right agenda long on ideology and culture war rancor — and short on addressing the practical concerns of everyday Texans.

If things play out as expected, Abbott will sign off on bills that will allow virtually any adult in the state to carry a handgun without a permit, impose voter restrictions that critics are likening to a new Jim Crow era and ban women from getting abortions after six weeks — a time before many are even aware they’re pregnant.

“The Republican Party of Texas is taking cues from the national Republican Party in a way they never have been before, and as we know, it’s now the party of Trump,” said veteran Democratic political consultant Laura Barberena. “It’s really a shame and a disservice to the state of Texas. They’re essentially telling moderate Republicans, ‘We no longer want you in our party,’ and that’s unfortunate.”

That stands in sharp contrast to the 2019 session, when the Lege worked together in a more-or-less bipartisan manner to avert a budget meltdown and keep schools funded.

Instead, this session seemed more like a steroid-enhanced version of 2017, the session when Lt. Gov. Dan Patrick conducted an embarrassing full-court press to keep transgender people from using public restrooms.

The difference in 2017, was that former House Speaker Joe Straus, R-San Antonio, stood in the way and didn’t allow the bathroom bill to gain traction in the lower chamber. But with Straus retired and that moderating voice gone, the culture war is at the top of the GOP agenda.

While the prospects for a pair of toxic anti-transgender bills — one barring student-athletes from playing on teams of the gender with which they identify and another banning gender-confirming health care for minors — dim with each day the session’s end draws closer, that’s not saying Republican lawmakers didn’t give them a solid push.

And if those don’t fly, observers point out that plenty of other legislation, namely the voter-restriction bills that were priority legislation in both the House and Senate, certainly bear the stamp of placating the Trump base. More than 50 judges have rejected the laughable claims that the 2020 election was stolen as Trump claimed, but Texas’ Republicans have continued to defend their bills as efforts to shore up election integrity.

‘And it doesn’t cost you a dime’

Polling suggests Texans aren’t exactly clamoring for the priorities put forth by Texas’ Republican leadership. For example, the majority of the state’s voters oppose open carry and want to see an expansion of Medicaid, according to a recent survey by the University of Texas and the Texas Tribune.

But average voters aren’t who the party honchos are worried about, political observers point out. The post-Trump Republican party is fractured, and lawmakers are hoping to win support among the most conservative and engaged voters so they can withstand primary challenges from the party’s right fringe.

Abbott already faces a primary challenge from former State Sen. Don Huffines, who’s blasted the governor for being too slow to reopen the state during the pandemic. Tea Party bomb-thrower Allen West, the one-term Florida congressman who now heads the Texas GOP, is also considered another possible challenger.

Political experts have said Abbott and other Republicans want to make it look like they’ve done just enough to address concerns over the winter storm while shoring up their conservative credentials by forcing through bills that hurl red meat to the base.

“That stuff with the electrical grid is hard work, and you get very little feedback and positive support for it,” said Cal Jillson, a political science professor at Southern Methodist University. “Not to mention, fixing real problems requires money. With these culture war bills, you’re whipping up your base and it doesn’t cost you a dime.”

While banning transgender kids from sports teams or imposing new abortion restrictions wouldn’t create a drain on state coffers, Jillson cautions that they still incur opportunity costs during the session.

“While those issues don’t completely supplant lawmakers’ ability to work on other legislation, they do take up time and mental bandwidth,” he said.

Legal experts also warn that the most controversial bills championed by the GOP this session are all but certain to be challenged in court. And those legal battles will come with steep price tags.

St. Mary’s University Law School Professor Albert Kauffman, a voting-rights expert, said the voting-restriction legislation alone is likely to burn through tens of millions of dollars as the state defends it in court. He also predicts pushback against other bills, including one that would limit what public school teachers can say about racism’s part in U.S. history — a ban that invites challenges under the First Amendment.

“It seems like there are an incredibly high number of bills this session that are just litigation bait,” Kauffman said.

Faced with those court fights, Kauffman said the Texas Attorney General’s Office will need to undergo a hiring spree. And it won’t come cheap: adding lawyers to the payroll will run taxpayers roughly $250,000 a pop, he added. What’s more, the state will be on the hook for court costs in cases that it loses.

That latter concern certainly applies to the state’s pending abortion ban, which stops the procedure once a fetal heartbeat is detected. Other states, from Ohio to Louisiana, have tried to pass similar “heartbeat bills,” and they’ve been repeatedly shot down in the courts. In 2018 alone, seven states passed such bills; none withstood a legal challenge.

The authors of the Texas legislation argue that their clever use of language makes theirs legally defensible. But that argument doesn’t fly with abortion-rights groups.

They argue that provisions in Texas’ bill allowing pretty much anyone to sue any person who helps a woman obtain an abortion considered illegal under the measure — from a doctor to the Uber driver who gives her a ride to the clinic — make it even more likely to be rejected by the courts.

As with the “heartbeat” bills offered up in other states, critics say it’s apparent that Texas lawmakers are hoping theirs will make it to the conservative-dominated U.S. Supreme Court, which will use it as a vehicle to overturn Roe v. Wade.

Legal scholars question whether the high court, even after its power shift during the Trump era, is prepared to throw out decades of legal precedent. And abortion-rights groups added that the legal fight to get there will be costly to the state.

“With multiple [abortion-related] cases moving through the courts, the state of Texas will likely be on the hook for millions of dollars in legal fees,” said Elisabeth Smith, chief counsel for state policy and advocacy for the Center for Reproductive Rights.

After “heartbeat” bills surfaced in their legislatures, both North Dakota and Montana declined to make the measures law in part due to the cost of defending them in court, Smith added.

“In many places there’s a conversation going on about the cost of litigating unconstitutional abortion bans,” she said.

For now, though, Republicans in the Lege are breathing a sigh of relief that they’ll be able to point to the session as a strong stand for conservative principles.

If not all of their culture war legislation gets to Abbott’s desk, they can always blame the Dems, observers said. And if the courts push back much of their agenda, they’ll point to that as more evidence the GOP needs to extend its control so it can continue to appoint right-leaning judges.

“Until there’s a functional opposition party in the state, I expect we’ll continue to see the Republicans pushing the same kind of agenda,” SMU’s Jillson said.

Political consultant Barberena views the session as a short-term win for the Texas GOP — one that will only be bolstered as redistricting gets underway later this year.

Even so, neither of those changes the fact that Texas is becoming a more diverse state, she added. And that doesn’t bode well for the Republican Party if it continues creeping to the right.

Texas’ down-ballot races didn’t break Democrats’ way in 2020, but Barberena argues the top of the ticket suggests the direction of the state. After clobbering Hillary Clinton in Texas by 9 points in 2016, Trump pulled off a slimmer 5.6-point victory over Joe Biden four years later.

“The Republicans feel the growth of their party is on the right,” Barberena said. “I think that’s very shortsighted. Long-term, they can’t stop the destiny of demography. They just can’t do it.”