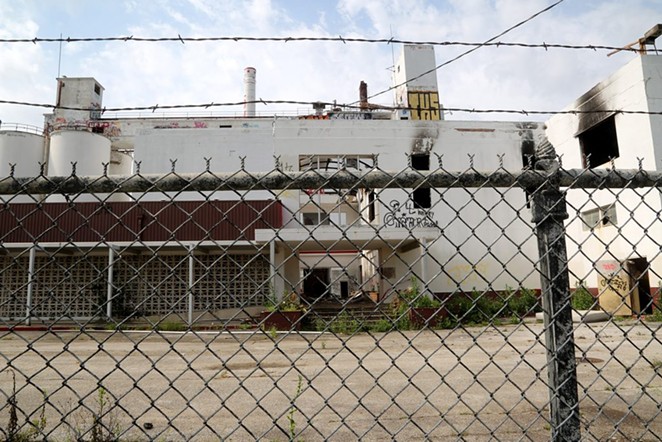 On Thursday, city council unanimously approved $24 million in incentives to help a partnership between GrayStreet Partners and the Midway development company of Houston succeed where others have failed: to remake the blighted Lone Star Brewery complex into a trendy neighborhood of restaurants, hotels and apartment complexes.

The partnership plans to make at least $596 million of improvements to the 32-acre site, which has sat vacant since 1996, loading it with 1,282 housing units, 186 hotel rooms and nearly 360,000 square feet of office space, according to the council agenda. The incentive package — consisting of 15 years of rebates on city property taxes — is one of the largest the city has offered for an urban development project in recent memory, but “very small” compared to the scope of the project, said District 5 Councilwoman Shirley Gonzales, whose district includes the site.

At least four attempts to redevelop the old brewery have been derailed by issues such as high costs and the presence of contaminants from its years of industrial use. The site has poor electrical infrastructure and has suffered from vandalism and numerous fires, most recently in April.

“The truth is, Lone Star has been a blight on this city and this district for 25 years,” Gonzales said at the council meeting. “I understand the complexity of a project like Lone Star. Every project in District 5 is going to require significant incentives… because we have so much to overcome.”

Gonzales, whose term of office ends in June, said she sees the project as a “finale” to her eight years on council, pointing out that it will enlarge the South Side’s tax base, preserve historic structures and bring new housing stock to an area that rarely gets it.

“People want to stay on the South Side. They really don’t want to move anywhere else. They love their neighborhoods and their communities, but we don’t have a lot of new product in the area,” she said.

Barbara Casarez, who lives on St. Francis Avenue, about a quarter-mile west of the old brewery, is one of the South Side residents who feels that way. “I don’t want to have to move to where there are tons and tons of people, in the suburbs,” she said in an interview. “I want to stay on the South Side. My parents are here. You know what I mean?”

She doesn’t have strong feelings about what GrayStreet and Midway have proposed to do at the brewery site, but she is worried that their development will drive her property taxes so high that she will no longer be able to afford living in the home which she has owned with her husband, a retired electrician, for 15 years. She recently retired after working 31 years as an elementary school teacher for San Antonio Independent School District (SAISD), and they are living off their savings and her pension, she said.

Their property taxes are already rising fast, increasing $470 this year, she said. Like many residents of the area, she said she gets text messages from investors looking to buy her home.

She is concerned that GrayStreet and Midway, by having their city property tax reimbursed, will increase the burden on everyone else.

“The people that are developing the area are not the ones that are paying the taxes – we are. Because they get in on these great deals, and we’re the ones that end up paying the price,” she said. “I’m now on a fixed income, and this should be the joy of my life, and now I’m worried that I’m going to be pushed out of the neighborhood that I love.”

In the incentive package passed by council, GrayStreet and Midway will have their city property taxes reimbursed in amounts based on how much they spend on infrastructure and other improvements, with a $24 million limit over the 15-year term of the agreement, lasting until June 2036. The development partnership would still pay to other taxing entities such as Bexar County and SAISD.

Until 2025, the reimbursements will come from the Inner City Tax Increment Reinvestment Zone; after that, they will come in the form of grants from the city.

Rebecca Flores, who lives near the old brewery, said she also fears that the development will make her property taxes unaffordable. She is worried that the retail stores which will open on the site will be expensive, like many of those at the Pearl.

“If it’s developed the way the Pearl is, I will not benefit from that,” said Flores, who is one of a growing number of housing activists who are protesting public facility corporations, another form of tax incentive for developers. “I know we need to fix that area, because it’s abandoned. But it’s got to be thoughtfully done so that we, here, in the neighborhood don’t get pushed out of our houses.” 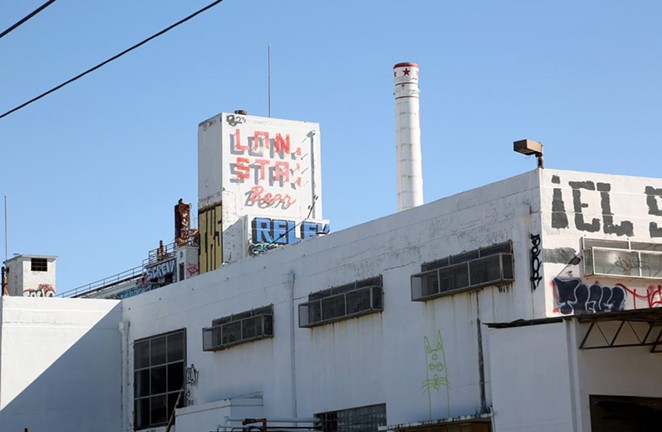 In an interview, Gonzales said that the area’s property taxes have already been going up without the brewery being redeveloped. During her time on council, she has helped the city create programs to protect homeowners by helping them rehabilitate their homes and clear the title on their property.

“We still need outside investment to bring people back to our community, and give those people who are here now a place to go so that they don’t leave our neighborhoods,” she said. “There’s a lot of talk of gentrification, but the reality is that more people leave our district than come in because we don’t have amenities. And that includes new housing, it includes regular amenities that everybody wants, like restaurants of different varieties, retail experiences, offices.”

About half of District 5’s population is between 18 and 35 years old, she said. “Those people need someplace to live. And if we don’t welcome new buildings and new structures, and do rehab work, all those young people are going to have no choice but to leave our district.”

On June 5, voters in District 5 will vote in a runoff election between two contenders for Gonzales’ seat: Teri Castillo, who was the front-runner in the May 1 election, with 30.7% of the vote; and Rudy Lopez, president of the Thompson Neighborhood Association, who won 14.7% of the vote.

Lopez said in an interview that he supports the incentive package that council passed on Thursday. “As president of a neighborhood association, I know that there’s nothing worse for a community than vacant buildings,” he said. “On top of that, we have money that’s going to be coming back into the district.”

For her part, Castillo said that the city should have struck a “community benefits agreement” with the developers, based on input from area residents and businesses, outlining what the community would get back in return for the incentive package.

Castillo said she does not support the incentive package as it was presented to council.

“But I do believe, if we were to follow a meaningful process and have a conversation, I may have a different answer,” she said. “We need to be sure we’re investing in the surrounding businesses, surrounding homeowners and renters, to ensure that while something of this scale comes into the neighborhood, the surrounding neighborhoods are well-equipped to stay afloat.”

Gonzales has thrown her support behind Lopez; on Tuesday afternoon, she was preparing to go block-walking for him.

Over the course of the agreement, GrayStreet and Midway will pay the city up to $818,878 to be used for affordable housing. Twenty percent of the project’s housing units will be designated as “affordable,” though Peter French, GrayStreet’s director of development, told council on Thursday that the developers plan to target those units to those making 80% of the area median income, or AMI, a level of affordability known as “workforce housing” which is often close to market-rate.

[ Scroll down for a chart showing AMI levels. ]

At the council meeting, District 9 Councilman John Courage questioned whether apartments set aside for those making up to 80% of AMI counted as “affordable.” With a median income of $72,000 in the San Antonio-New Braunfels metro area, tenants could make up to $57,600 while renting those apartments.

“That’s still pretty expensive for a lot of families in SAISD who go to Brackenridge High School and the other elementaries around there,” Courage said. “I want to make sure that people are able to live near where they work. You’re talking about creating hundreds of jobs there. I think it’s important that not everyone have to take a bus from five miles away to get to work.” 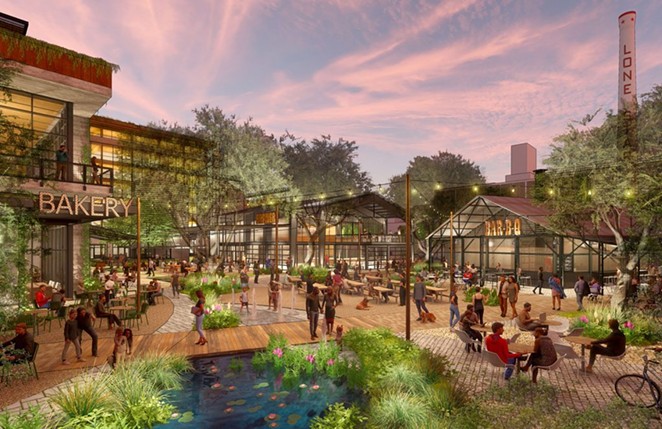