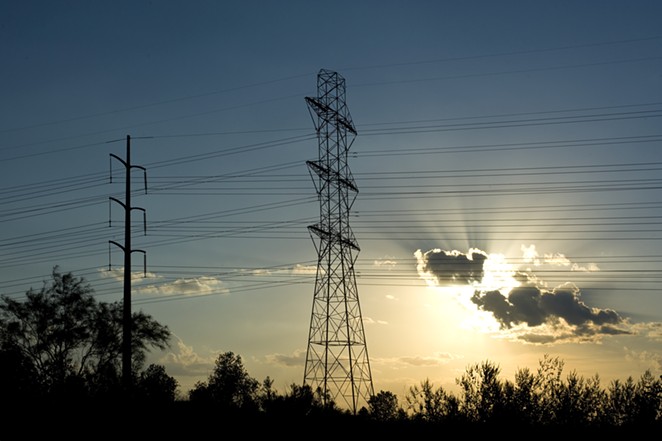 Days after Gov. Greg Abbott said the Legislature had passed reforms that fix "all of the flaws" in Texas' power grid, its operator asked residents to curb their power usage because it was struggling to generate enough electricity.

In a statement released Monday, the Electric Reliability Council of Texas (ERCOT) said it's asking Texans to conserve power during peak afternoon hours through Friday because power plant outages and rising temperatures are taxing the system.

Million of Texan faced blackouts — some for days — due to strain on the grid during February's ice storms. The disaster was one of the costliest in state history and lead to the deaths of as many as 700 people, according to a recent analysis of mortality figures.

During the recently completed legislative session, Texas lawmakers enacted reforms aimed at stabilizing the grid, including requiring the weatherization of power plants.

Progressive groups have also accused Republican lawmakers of letting the grid reforms take a backseat while they focused on a slate of divisive bills that were intended to curtail voting rights and fight the culture war.

“Republicans were too busy attacking trans kids, abortion, and the right to vote during the legislative session and failed to pass meaningful policies to fix our energy grid," Progress Texas communications manager Wesley Story said in an emailed statement. "Now, Texans are being forced to pay the price. Going forward, Texans must remember that Governor Abbott and Republican legislators had the power to do more to address this issue, but refused."

At present, some 11,000 megawatts of Texas' generating power is offline for repairs, according to ERCOT. Typically, generating companies schedule maintenance during spring and summer to avoid outages during months of peak demand.

"We will be conducting a thorough analysis with generation owners to determine why so many units are out of service," ERCOT Vice President of Grid Planning and Operations Woody Rickerson said in a statement. "This is unusual for this early in the summer season."