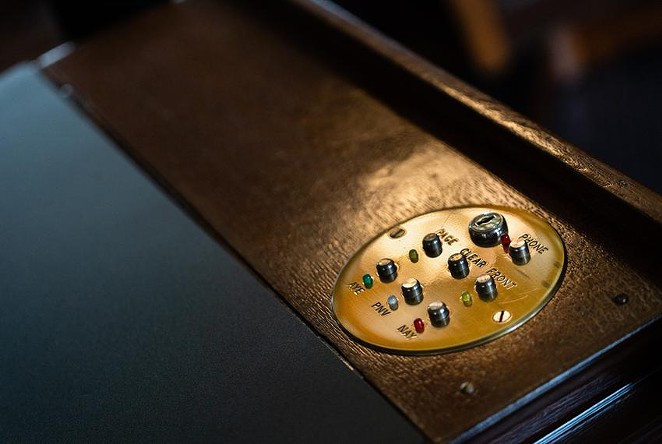 Texans want to legalize marijuana and don’t think everybody should be able to carry a gun without training or a license.

So the state Legislature passed a “constitutional carry” bill earlier this year — and the governor signed it. And the marijuana bills that were filed in the recent regular session never came to a vote.


How does that happen?

Those are hardly the only issues where public sentiment and state government are out of whack. According to the findings of the latest University of Texas/Texas Tribune Poll, the list includes the legislative response to electric reliability, Medicaid expansion, banning abortion and voting fraud.

In that poll, conducted this month, one set of responses points to the answer. To oversimplify it, the state’s Republican Legislature and governor are more responsive to the state’s Republican voters than to the full set of voters that also includes Democrats and Texans who don’t identify as members of either major party. That’s a shift from two years ago, when Republicans were feeling more heat from Democratic voters after close wins in 2018’s elections. Democrats were weak in the 2020 elections, and with another election cycle coming, incumbents in the GOP are worried about challengers from within the party.

On a wide range of issues, Republican voters were consistently more approving of the Legislature’s actions than Democrats were. It didn’t matter if the topic was 2nd Amendment rights, where approval from Republicans hit 70% and among Democrats was only 15%, or legislative action on homelessness, where 26% of Republicans and 9% of Democrats approved.

In that last example, nobody was particularly happy. But Republicans were markedly more satisfied with the work of the GOP-dominated state government.

And on big issues of the day — like those getting the spotlight from Gov. Greg Abbott and others as we enter the next political cycle — popularity with conservative voters appears to be an indication of what gets promoted.

For instance, Texas voters are split — 44% to 46% — on the question of whether abortion should be legal after six weeks of pregnancy. The Legislature passed that into law — and the governor signed it. Here’s a clue: 74% of Republican voters support outlawing abortion after six weeks.

Along the same lines, the governor signed a bill that would outlaw abortions in Texas if the courts overturn the Roe v. Wade decision, even though 53% of the state’s voters oppose that law. Among Republican voters, 61% favor it.

One example of this is already getting a lot of attention. While 57% of Texas voters oppose allowing most adults to carry handguns without training or licenses, 59% of Republican voters support that policy. And it shouldn’t be a surprise that the governor and the Legislature went with the majority of Republicans instead of the majority of Texans. That policy is now law.

This doesn’t always go the way Democrats might suspect. The majority of Texas voters in the poll — 59% — said they support this policy: “Requiring transgender students who want to play sports in public schools to join teams based on the sex they were assigned at birth and not based on their gender identity.”

That’s weighted by strong support from Republicans; 86% of such voters agree with the policy. Among the Democrats, 32% support it and 50% oppose it. But among all voters, support is strong. The Legislature didn’t pass that into law, but there’s a chance they’ll get another crack at it in the coming special session.

Don’t forget where we started. Medicaid expansion, which would bring in a dollar in federal money for every dime spent by the state on coverage for the uninsured, has the support of 67% of Texas voters, including 50% of Republican voters and 90% of Democratic voters. Easy vote, right? Texas lawmakers have been turning that money away since it first became available under Obamacare a dozen years ago. Texas is one of 12 states that aren’t taking part.

How about weed? Public opinion in Texas has changed, but the Texas Legislature has not changed with it, which should tell you what Republican voters think.

In an early UT/TT Poll in May 2010, 27% of all voters thought marijuana should never be legal and another 27% said it should be legal only for medical use. In this most recent survey, 29% of Texas voters think “possession of any amount of marijuana for any purpose should be legal,” and 31% would legalize small amounts for any purpose. That 27% that would allow it for medical use is holding steady, but only 13% of Texans would make marijuana illegal under any circumstances.

Those GOP voters aren’t ready: 18% would never make it legal, 39% would do so only for medicine, and possession of small amounts, at 26%, and any amounts, at 17%, don’t add up to a majority of the party in power.

Having the support of 60% of the state’s voters isn’t enough to get the Republican majorities in either the House or the Senate to legalize, or even to vote on it.

They’re waiting for the voters they care about.

Disclosure: The University of Texas at Austin has been a financial supporter of The Texas Tribune, a nonprofit, nonpartisan news organization that is funded in part by donations from members, foundations and corporate sponsors. Financial supporters play no role in the Tribune’s journalism. Find a complete list of them here.