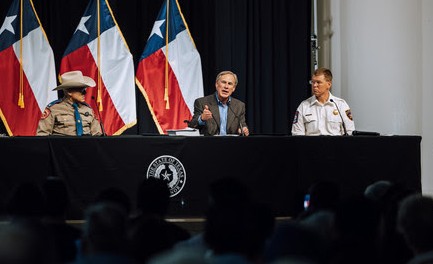 In a letter dated Monday, San Antonio U.S. Reps. Joaquin Castro, Henry Cuellar, Lloyd Doggett and others asked Yellen to issue a rule blocking use of the funds for building a border wall. They also asked for stipulations that would prevent the state from using it to replenish other sources of funding used for a wall.

“With no Republican support, we approved $350 billion in the American Rescue Plan for eligible state, local, territorial, and tribal governments to assist local leaders, who confronted pandemic challenges, and to assist with economic and job recovery,” the members of Congress wrote. “We are concerned by the prospect of Texas Governor Greg Abbott’s potential misuse of these funds to continue the misguided plans of President Trump to extend a wall along the border between Texas and Mexico.”

Abbott, a Republican, grabbed headlines earlier this month when he announced he'd use $250 million in Texas Department of Criminal Justice funding as a "down payment" for a border wall akin to former President Donald Trump's. His office subsequently said it raised more than $450,000 in private donations for the project.

Both Abbott's initial funding and the donations constitute a drop in the bucket if he plans to resurrect Trump's wall, critics have pointed out. Federal lawmakers have said the previous White House spent $26.5 million per mile building portions of its wall in Texas.