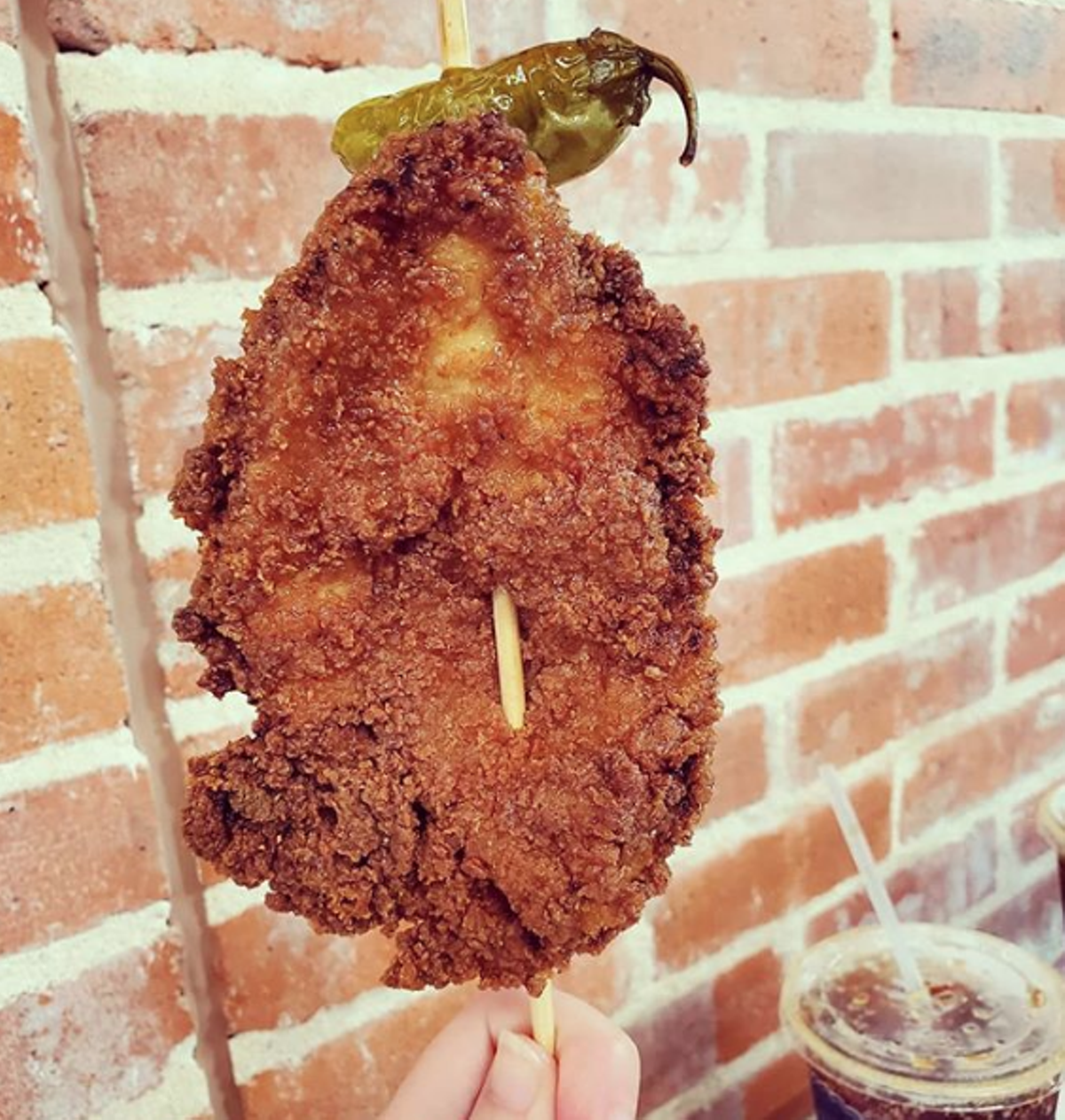 25 Hottest San Antonio Food Trucks Serving Up Summertime Eats
San Antonio Current Staff25 images
1/19
Chicken-on-a-stick
Fiesta favorite chicken-on-a-stick is basically the supreme food booth snack from all of Fiesta. San Antonians look forward to eating it all year, and usually commemorate their first chicken-on-a-stick of the season with a selfie. It’s inspired chicken-on-a-stick necklaces, earrings, stickers and more from local designers, and has appeared on menus across SA so folks can get their fix. Thank goodness for that.
Photo via Instagram / ssharpe31
Play Slideshow