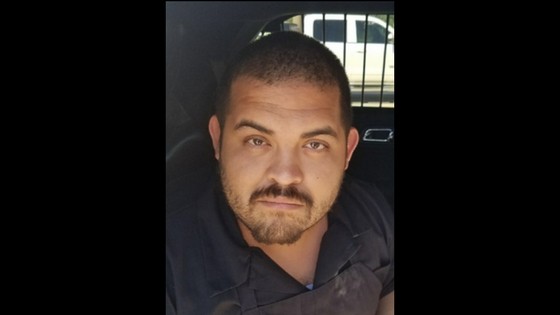 That's what Uber driver Juan Ontiveros chose to yell at reporters Monday afternoon as police led him into custody for allegedly raping an unconscious passenger.

It seems 28-year-old Ontiveros believes this is justification for the actions he may have taken in the early hours of Feb. 25.

According to his arrest affidavit, Ontiveros picked up a female passenger from a downtown bar around 2 a.m. and drove to her East Side destination — about 10 minutes from downtown. But after getting out of his car, he told deputies that she got back in the passenger seat. Ontiveros said she was "dazed and confused," and fell back asleep. He then decided to drive the car around her block a few times "hoping she would wake up." When she didn't, he instead drove her to his far Northwest Side home, some 30 miles from her destination. Ontiveros said he wanted to drop her off at a "safe place" so he could continue working. He left the Uber meter running the entire time.

When they arrived at his house, Ontiveros walked the woman inside and laid her on his bed, according to the affidavit. After freshening up in the bathroom,  he noticed the woman had woken up. She asked him to take her home, he told deputies, so he did. He denies having sexual intercourse with the woman.

She told deputies a different story.

The woman said she was "heavily intoxicated" that evening, and doesn't remember the drive to Ontiveros' house. She does, however, recall waking up in his bed and her genitals feeling "different." She told deputies she felt "something wasn't right." She has no clear memory of having sex with Ontiveros, but a sexual assault exam taken shortly after the incident (that Ontiveros agreed to) found the woman's DNA on Ontiveros' penis.

Uber spokeswoman Kayla Whaling told the Current that as soon as the company was made aware of the incident, staff revoked Ontiveros' access to the app and began working with Bexar County Sheriff's Office to aid in the investigation.

"What's been reported is horrible and is something that no one should have to go through," Whaling said.

This isn't the first time a rideshare driver's been charged for sexually assaulting a passenger in Bexar County. In January, a 40-year-old male Uber driver was arrested for allegedly sexually assaulting a female passenger. Like in Ontiveros' case, she was also inebriated at the time. And in July, another woman who accused a San Antonio Lyft driver of sexually assaulting her, sued Lyft for more than $1 million for “flagrant and malicious disregard” for her “health and safety."