Where to Find Beautiful Açaí Bowls in San Antonio

By San Antonio Current Staff
Share on Facebook
Tweet
Submit to Reddit
Email
Blame it on the need for speed. Blame it on Instagram. Regardless of why exactly açaí bowls became popular across the U.S. in the last several years, San Antonio is no home to several shops that feature the fruit-filled creations prominently.

Though the berry itself is hailed as a super fruit (no FDA testing has been done as of yet), whether you’re picking up a bowl to gawk over and ‘gram, or hoping to inhale your day’s worth of fruits and fiber in a matter of minutes, the appeal is clear. Though often hailed as a treat, the bowls along with their pitaya or dragonfruit counterparts, should be considered more of a light meal as toppings of fruits, coconut flakes, hemp seeds, chia seeds and granola help fortify the bowl’s offerings.

In San Antonio, Revolucion Coffee + Juice introduced both açaí and pitaya, as it often does with other products, and now the city has its fair share of places to score an açaí bowl. Here’s a breakdown of what each offers.
OF 18
PREV NEXT

Acai Berry Land
5345 Glen Ridge Drive, Suite B, (210) 850-4218,acaiberryland.com
Call before you visit this berry outpost owned by Brazilian couple who currently have the largest Brazilian Jiu-Jitsu-Martial Arts gym in Texas, according to their website. Score any one of the four bowls (“Brazilian style,” “Rio de Janeiro,” “Bahia” or “Berryland,”) before or after a workout. Bowls are available in 12 or 16-ounce portions with prices ranging from $10 to $14.
Photo via Instagram / acaiberryland
Photo via Instagram / acaiberryland
Photo via Instagram / acaiberryland
Jugo Juicery
Multiple locations, doyouevenjugo.com
A third location of this juice and bowl spot is slated to open in Leon Springs in early 2018, but for now, you can enjoy fanciful and floral bowls at the Wurzbach Road flagship or off North Main near San Antonio College. Jugo offers perhaps most control of your bowl with a Build-Your-Own option that starts at $8.25. Guests can choose between acai, pitaya or matcha base; three fruit toppings (banana, strawberry, blueberry, apple, pear, kiwi, pineapple, or blackberry); two super food toppings (chia seeds, flax seeds, cacao nibs, goji berries, bee pollen, hemp seeds or coconut flakes); and optional granola, agave nectar or honey.
Photo via Instagram / jugojuicery
Photo via Instagram / jugojuicery
Photo via Instagram / localfoodenthusiast
Pure Juice
Multiple locations, http://justpurejuice.com/
The name suggests a focus on liquids and I should have paid heed. At $11 a pop, the acai bowls were lacking in the namesake, deep purple hue. Options include a chocolate bowl, a Hawaiian bowl, the original and lavender (with no mention of lavender inside the bowl).
Photo by Jessica Elizarraras
Photo by Jess Elizarraras
Photo via Instagram / purejuicesa
Herb-n-Juice
1502 S. Flores St., (210) 724-6020, instagram.com/herbnjuicesa
The newest spot to offer acai and dragon (as in dragonfruit) bowls is tucked away in a small nook inside the history Wong Grocery Co. Owner Paul Martinez, 23, offers all organic, and plant-based bowls made-to-order so don’t visit if you’re in a hurry. What made these bowls stand out during my research was Martinez’s commitment to healthy, sugar-free bowls. Try the peanut butter crunch with acai, peanut butter, apple, banana and cinnamon topped with bananas, blueberries, gluten-free granola, coconut flakes, crushed almonds hemp seeds, cacao nibs and agave. Bowls are $9.95; all medium smoothies can be turned into bowls for an additional $2. Hours are still being fleshed out, so call before heading in; the shop is closed Mondays.
Photo by Jessica Elizarraras
Skip ad in
Photo via Instagram / herbnjuicesa
Photo via Instagram / herbnjuicesa
Revolucion Coffee + Juice
7959 Broadway, Suite 500, (210) 701-0725, revolucionsa.com
For now, bowls are only available at the Broadway location (though they will make the trek downtown when the Houston St. location opens inside the former Moshe’s Golden Falafel). At Revolucion, the bowls are served in dainty ceramic dishes. Two traditional acai bowls, a green acai (topped with cooling cucumbers), a tropical pitaya and a matcha energy bowl are all priced at $9, with available super food toppings for $1 including bee pollen, hemp seeds, chia seeds, cacao nibs, flaxseed, golden berries, mulberries, goji berries on top; or add-ins such as plant or root powders such as baobab (the fruit of Africa’s “Tree of Life”), maca, moringa; algae such as spirulina, chlorella and blue majik; and pearl powder.
Photo via Instagram / revolucionsa
Photo via Instagram / revolucionsa
Photo via Instagram / clairezinnecker
Rise Up
6401 Broadway, (210) 268-8009, riseupsatx.com
The vegan, organic bowls were once found inside an Airstream trailer. But as bowls grew more popular, owner John Farnel expanded his reach into Alamo Heights inside a 3,200-square-foot space. Now filled with students, families and post-workout gym buddies, Rise Up features bulletproof coffee and coffee smoothies as well as nine signature acai bowls and three pitaya priced anywhere from $8.50 to $9.75. Try the ABJ with almond butter, or get your dose of kale (sans massage) with the Kale Yeah that combines acai, apple juice, blue berries, strawberries, banana and kale.
Photo via Instagram / mintchiptravels
Photo via Instagram / riseupsatx
Photo via Instagram / riseupsatx
More slideshows 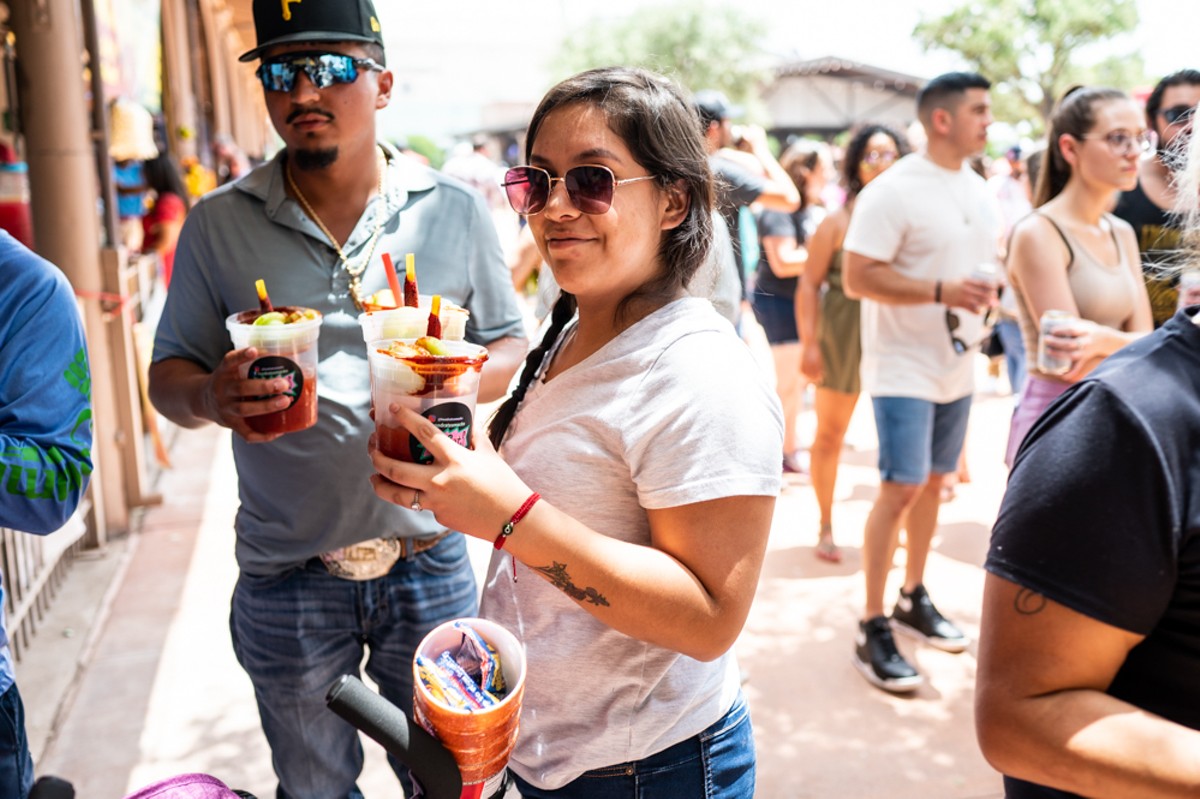 26 kid-friendly San Antonio spots where parents can get a damn drink
San Antonio Current Staff26 images
1/18
Acai Berry Land
5345 Glen Ridge Drive, Suite B, (210) 850-4218,acaiberryland.com
Call before you visit this berry outpost owned by Brazilian couple who currently have the largest Brazilian Jiu-Jitsu-Martial Arts gym in Texas, according to their website. Score any one of the four bowls (“Brazilian style,” “Rio de Janeiro,” “Bahia” or “Berryland,”) before or after a workout. Bowls are available in 12 or 16-ounce portions with prices ranging from $10 to $14.
Photo via Instagram / acaiberryland
Play Slideshow