By San Antonio Current Staff
Share on Facebook
Tweet
Submit to Reddit
Email
With the help of Vintage San Antonio and the UTSA Special Collections, you can see how San Antonio's infrastructure has developed over the many years and observe changes in the city's architecture, with photos dating as far back as the late 1890s.
OF 30
PREV NEXT 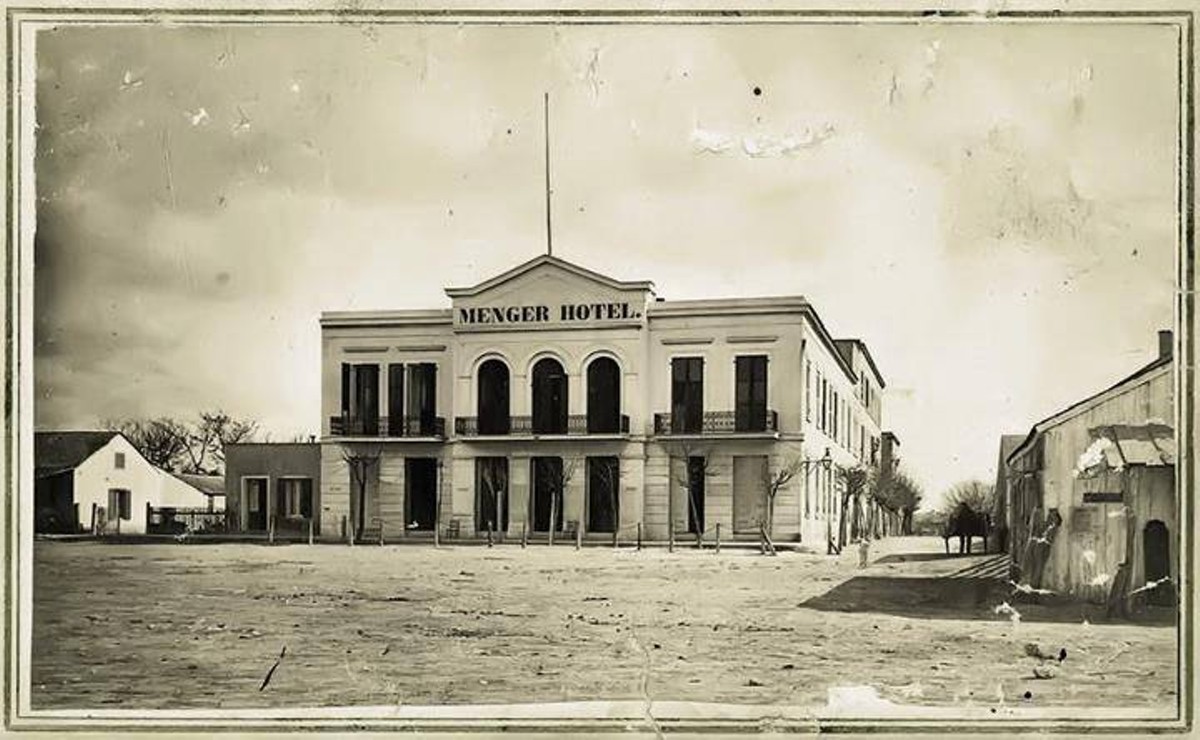 The Menger Hotel opened on Alamo Plaza in 1859, only 23 years after the Seige of the Alamo.
Late 1890s, the Pearl Stables at the Pearl Brewery.
1882, The Gallagher Building, at the corner of Alamo Plaza and Blum Street. This building served as the city's fourth post office.
San Antonio Conservation Society, Raba Collection
1895, Maverick Bank Building at the corner of Houston and Alamo streets.
Circa 1905, The Dittmar Building on 312-314 E. Houston St.
The Joske Bros. Store at Alamo and Commerce Streets before its 1909 expansion.
The Fairmount Hotel on East Commerce St., which was built in 1906, before it was moved to South Alamo in 1985. Check out a video of the move here.
Circa 1913, The exterior of the Dullnig Building on the corner of East Commerce and North Alamo St.
Circa 1915, The Texas Theatre on Houston Street.
Circa 1915, San Antonio City Hall, which was completed in 1891. In 1927, a fourth floor was added and is still being used today.
Skip ad in
1920-29, St. Anthony Hotel and Travis Park on Navarro Street.
UTSA Special Collections
Late 1920s, Houston Street looking east from St. Mary's Street, with the Gunter Hotel on the left and the Majestic & Empire Theater on the right.
1922, Left, Grand Opera House; back right, Federal Building and post office, with Maverick Bank opposite of it. The Grand Opera House opened in 1886 and was torn down in 1948, and is now the site of Ripley's Museum of Wax.

20 free arts, music and outdoor activities to do in San Antonio this summer
San Antonio Current Staff20 images
1/30
The Menger Hotel opened on Alamo Plaza in 1859, only 23 years after the Seige of the Alamo.
Play Slideshow