By San Antonio Current Staff
Share on Facebook
Tweet
Submit to Reddit
Email
To our knowledge, San Antonio doesn't have any underground missile silos, but an unusual home that hit the market in Southeast San Antonio sure looks like it could have been converted from one.

In reality, it was built in 2017 by an owner that had some unusual demands, including that his cylindrical, metal-clad pad be uber-secure from the outside, fire resistant and equipped with solar panels. According to the listing agent, the house's rooftop solar array provides roughly 70% of its power.

A spiral staircase curls up the side of the home, allowing access to a modern minimalist interior with two bedrooms and two baths. A rooftop deck and lounge area boasts impressive views of the 14 acres surrounding the one-of-a-kind hideaway.

The silo home and all its surrounding acreage recently went on the sales block for $669,900.

This home is listed by Agustin Devoto with Artex Realty LLC.

All photos and listing info via Realtor.com.
OF 27
PREV NEXT 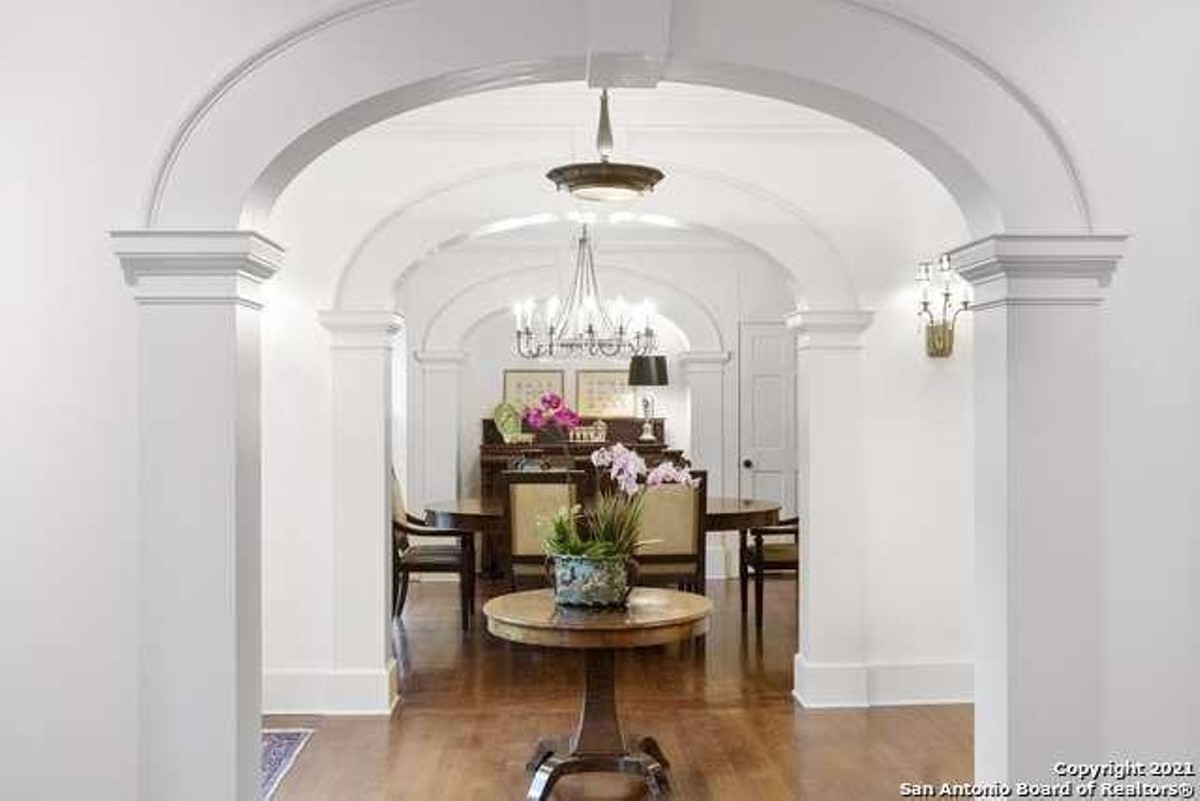 This 1927 San Antonio home built by a lumber tycoon is now for sale, and it has beautiful woodwork
San Antonio Current Staff20 images
1/27
Play Slideshow