In addition to serving as State Architect of Texas from 1914 to 1917, he designed numerous South Texas courthouses as well as the Atkinson house, the Spanish Revival estate that evolved into the Marion Koogler McNay Art Museum.

Ayres also drew up the plans for this beautiful four-bedroom, three-and-one-half-bath mansion in San Antonio's Monte Vista Historical District that's now on the sales block for $995,000.

The home was built in 1914 for Marshall Terrell and Agnes Tobin Bell, and features an inlaid wood floor which was a wedding gift from the Steves family, which owned the Steves & Sons lumber empire. The hookup came because Bell's sister apparently married into the Steves family.

The 4,500-square-foot home also includes a massive front porch, two living areas and tons of amazing millwork around its doors and windows. The copious windows keep the interior light and airy, and hats off to the previous owners, who have managed to preserve many gorgeous details including its stately staircase and exposed ceiling beams.

This home is listed by Ann L. Van Pelt with Phyllis Browning Company.

All photos and listing info via Realtor.com.
OF 26
PREV NEXT 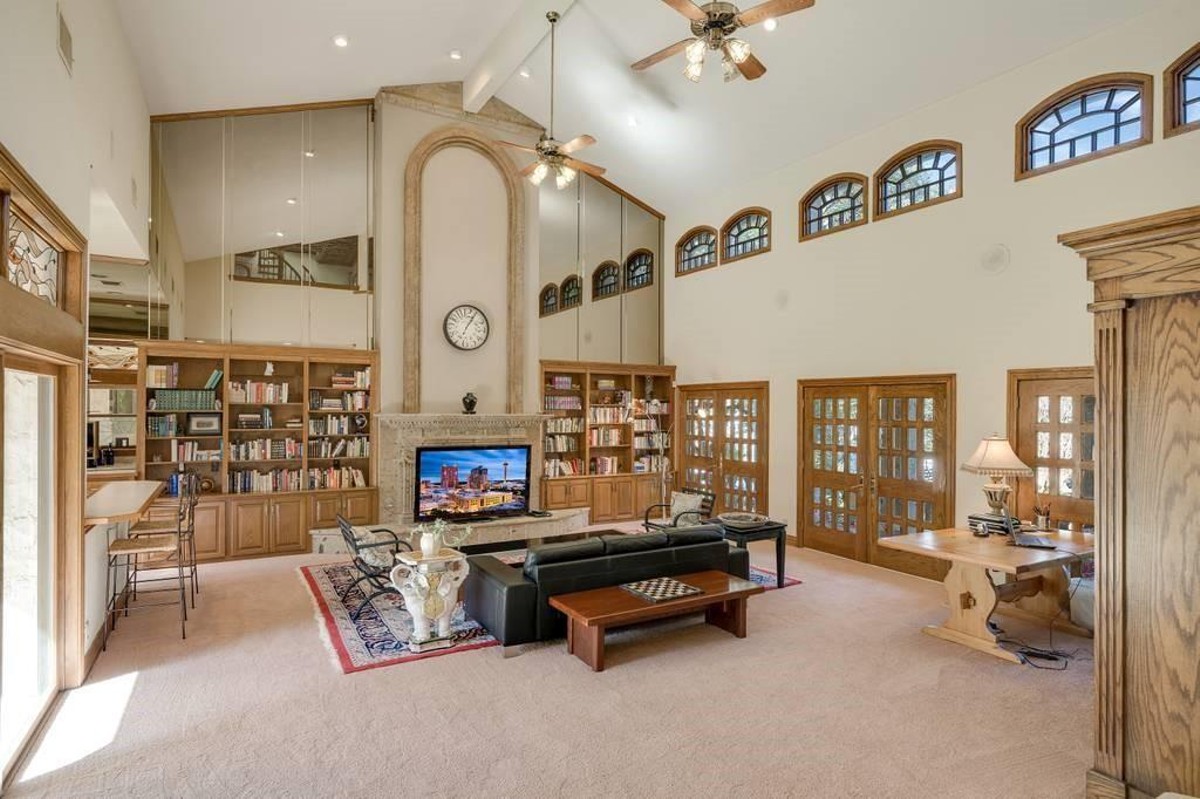