The Spurs' Tim Duncan is now a Hall of Famer, and San Antonio Twitter is here for it

By San Antonio Current Staff
Share on Facebook
Tweet
Submit to Reddit
Email
From the time power forward Tim Duncan helped the San Antonio Spurs land its first title in 1999, it was pretty easy to see that the quiet yet dominating player would likely end up a Hall of Famer.

With each of the five titles he helped the Spurs clench, it became ever clearer Duncan would be enshrined as one of the NBA greats. And now, as of Saturday, May 15, he's been inducted into the Naismith Memorial Basketball Hall of Fame.

No surprise that San Antonio Twitter lit up as the moment approached. It's safe to say that five years after his final season with the Spurs, our city still has feels for the big guy.
OF 40
PREV NEXT 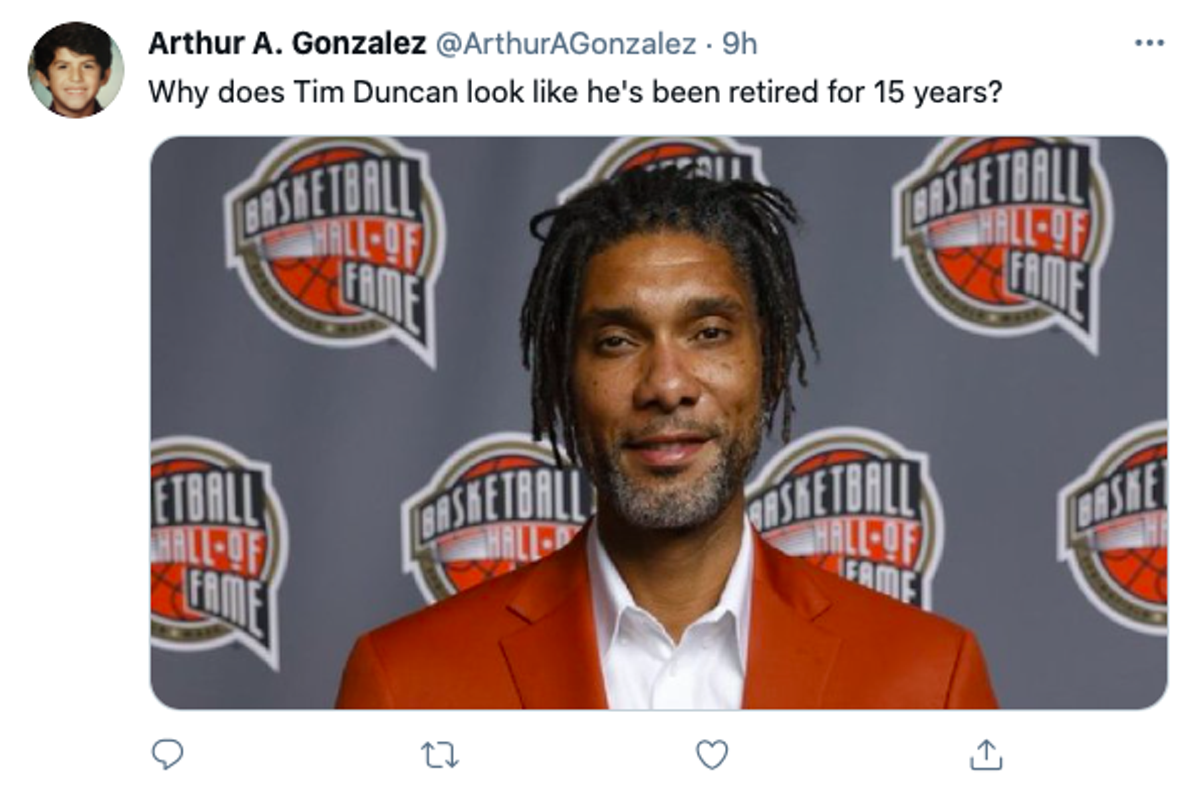